THE BOARD OF DIRECTORS 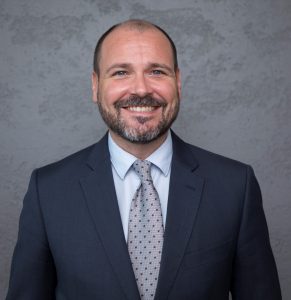 Mr Jordi is a founding member of La Cámara. It was his strong commitment to the Spanish community in Malaysia that led him to help provide a platform to establish their businesses and to strengthen the relationship between Malaysia and Spain. He is currently the Managing Director of BCN Smart Technologies Sdn Bhd., a company that’s investing in technology collaborations between Spain and Malaysia.

Mr Jordi’s professional career includes over 20 years of international management in the Medical industry across Europe, the Middle East, Asia and Oceania, with a special focus on Sales & Marketing and leading cross-functional teams.

He has established a strong rapport in the ASEAN region and has successfully developed a number of multicultural negotiations. He believes his effectiveness is largely the result of his excellent communication skills, an emphatic personality and inner motivation towards service to others.

Mr Alfonso Borja Solans Garcia has a Business Administration Degree and an EXMBA in IE Business school. He is a third generation of a family-owned business specialised in sleeping products over the past 75 years.

Borja’s family business, GRUPO PIKOLIN, was founded by Borja’s grandfather back in 1948 in a small premises in Zaragoza, Spain. Today GRUPO PIKOLIN employs over 3,000 people and has business presence in Europe, Asia and South America.

DUNLOPILLO HOLDINGS is the subsidiary of GRUPO PIKOLIN in Asia. Employs over 400 people and covers all the Asian region. The headquarters is located in Kuala Lumpur and Borja as the President in Dunlopillo Holdings. As a member of La Cámara for seven years, Borja has been its representative in the EU-Malaysia Chamber of Commerce and Industry (EUMCCI) for six years. He has been in Malaysia since 2014. 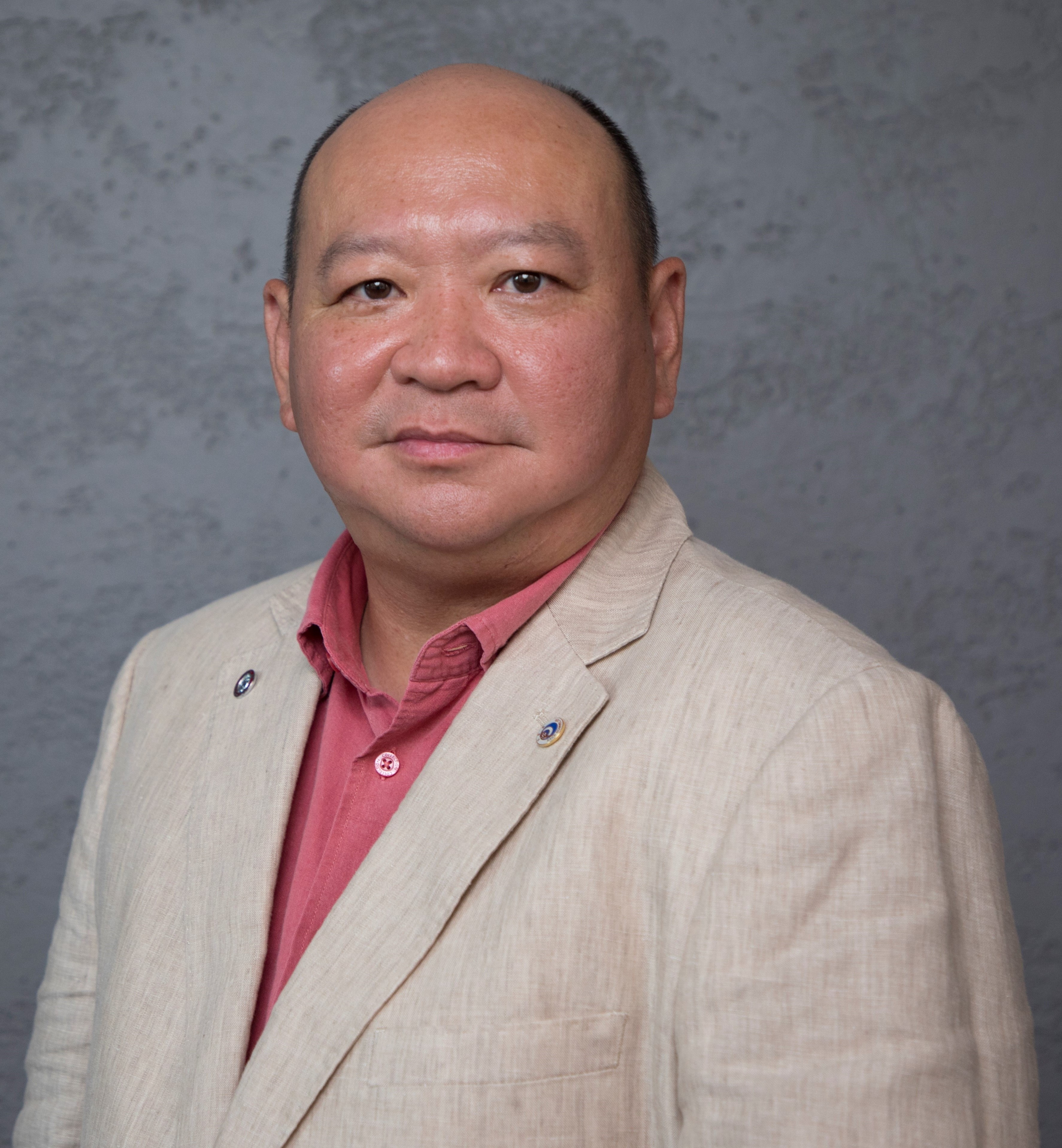 Mr Chew Cheong Kin is the founder and Managing Director of Finlux Sdn Bhd. He is also a member of MICPA (Malaysia Institute of Certified Accountants) and a certified Sake Sommelier from the Sake Sommelier Academy (SSA). Currently, he is the Treasurer of The Sommelier Association of Malaysia (SOMLAY).

Started his career with Ernst and Young in 1988 and left as an Audit Manager in 1994. Then he joined a logistic group as Group Finance Director. During this tenure he was managing the businesses of travel agent, airline GSA and shipping liner GSA. In 2005, he started Finlux Sdn Bhd as frozen food and wine importer/distributor. Currently, he represents more than 30 international brands for the Malaysian market. 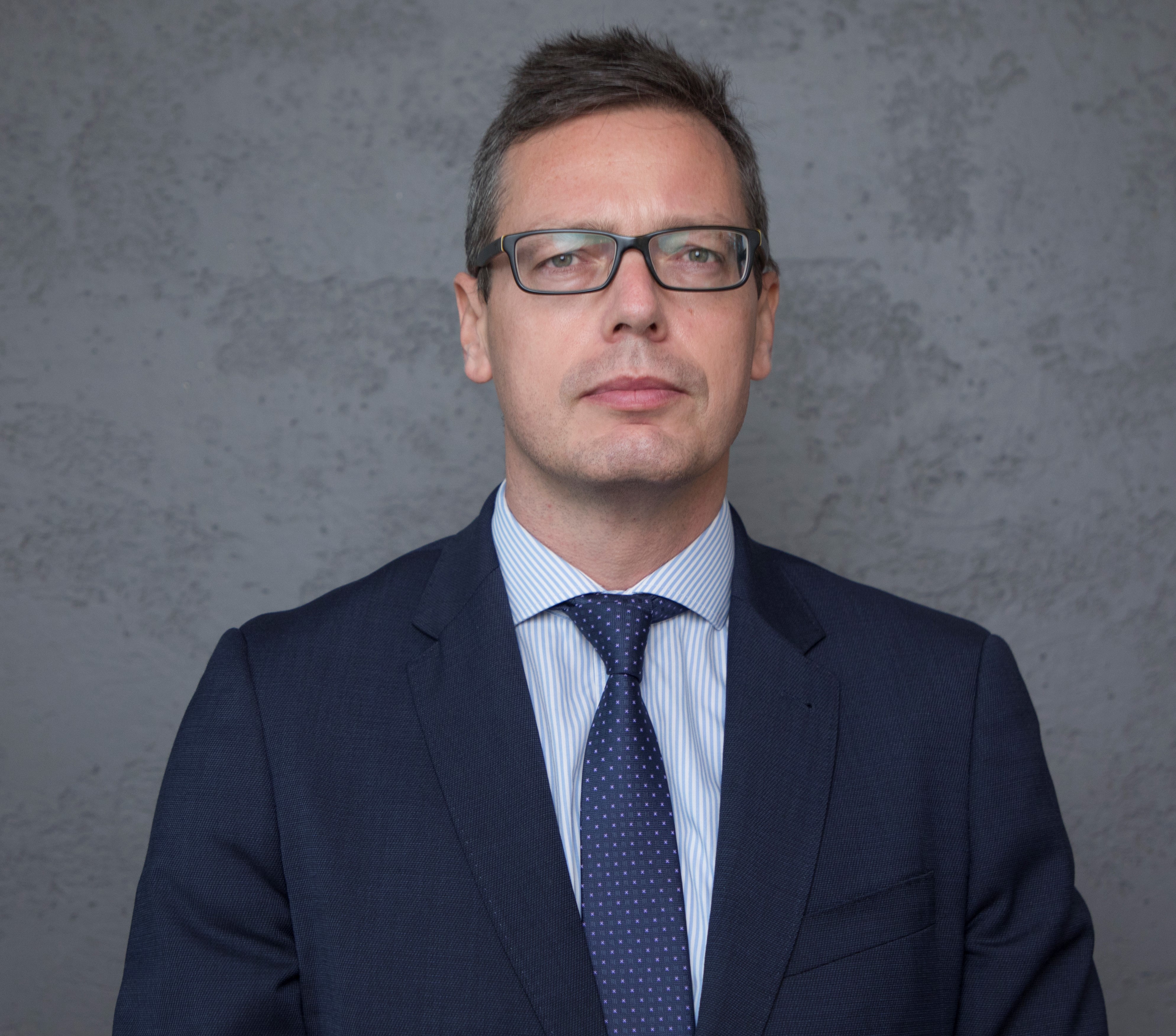 Gabriel Moyano Vazquez is the Chief Executive Officer of Indra Technology Solutions in Kuala Lumpur, Malaysia since July 2016. He is also Country Manager of Indra Information Technology Systems (Beijing) Company Ltd., China since November 2013. Indra is a global technology company and world leader in technology solutions for a variety of fields such as defence, transport, air traffic management, and digital transformation solutions for Public Administrations and Industries, such as energy, telecommunications, financial services and healthcare. Headquartered in Madrid, Spain, and listed on Madrid Stock Exchange.

In 2021, the company reported a revenue over €3 billion, a global workforce of 48,000 professionals, a presence in 46 countries, and sales operations in more than 140 countries.

Indra has been participating in projects in Malaysia since 1997, with a subsidiary company since 2011. In Malaysia, Indra is currently implementing the Automatic Fare Collection and Gate Access Control System work package for the Second Mass Rapid Transit (MRT2) line since September 2016. Indra had previously implemented the Automatic Fare Collection and Gate Control Access Systems for the Kelana Jaya and Ampang Light Rail Transit (LRT) lines, Bus Rapid Transit (BRT-Sunway), and Monorail in Kuala Lumpur.

Indra as well a player in the Defence industry in Malaysia. Indra also has delivered a Full Flight Simulator EC225 at the Airbus Training Centre in Subang. Indra is one of the suppliers of different electronic systems for Royal Malaysian Air Force, A400M, such as the Radar Warning Receiver. 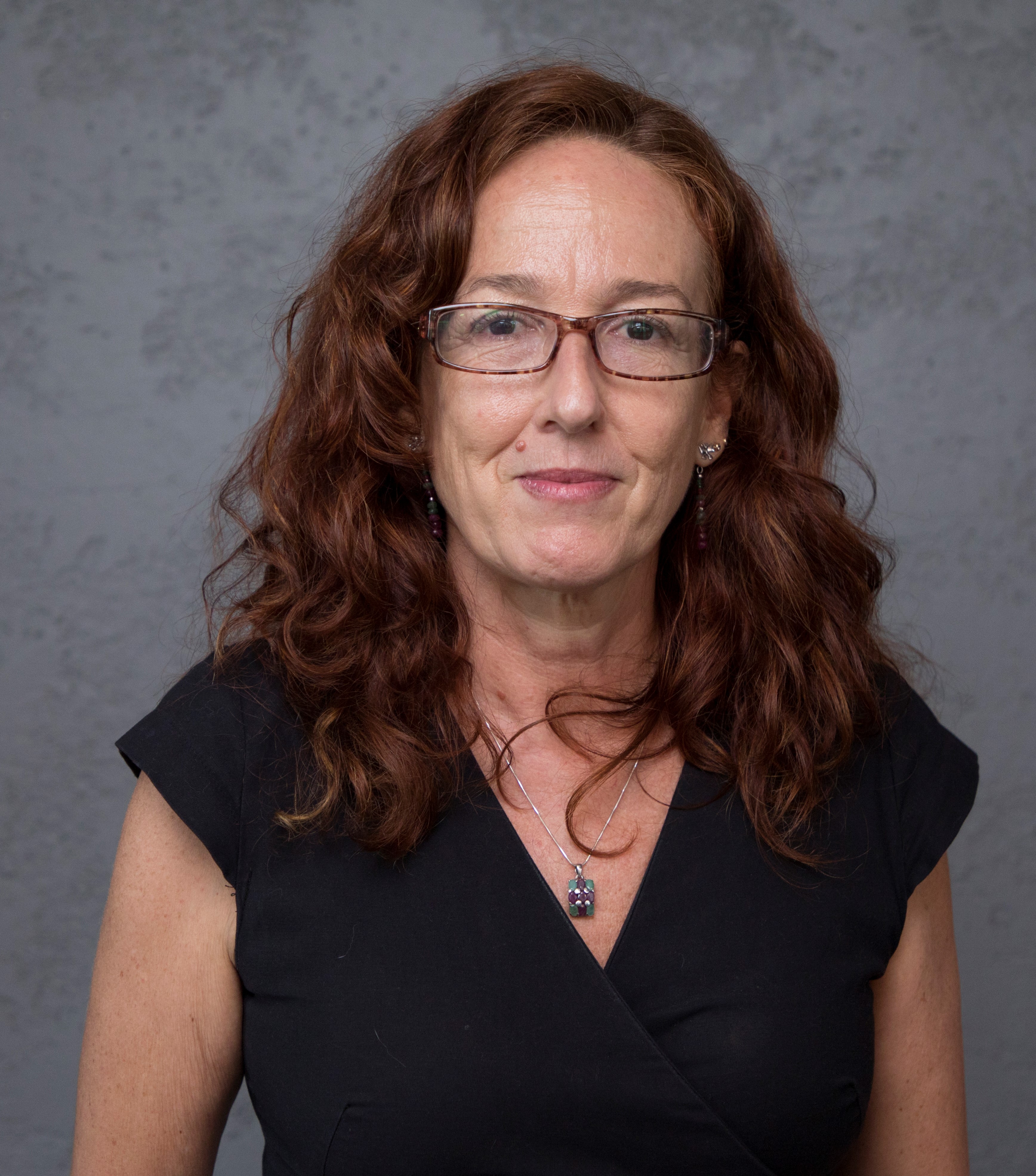 Ms Barbara Cisneros studied Msc Telecommunications Engineer in the Polytechnic University of Madrid, and a Marketing in Telecommunications degree from Insead. Started her professional career in the Telecom industry in Alcatel in Spain, and progress later into international postings. Working with Ormazabal in Malaysia since January 2015, managing the business of the company in South East Asia and Australia.

Her professional experience of more than 12 years in the Electrical Industry in Asia, including mainly China and South East Asia, first in the sourcing area to change later to manage the whole region, focusing in Sales and Business Development.

Ormazabal is a leading company in the medium voltage field, with more than 100 years of consolidated experience. Ormazabal belongs to Velatia Group, an international and technological group which operates in the environment of electrical networks, electronics and communication networks, as well as consulting, safety and aeronautics sectors.

In Malaysia, Ormazabal established in 2014 a Joint Venture, TSG-Ormazabal Sdn Bhd, to manufacture medium voltage equipment in the country. Ormazabal has been present in South East Asia for more than 25 years, having references in the main utilities in the region. 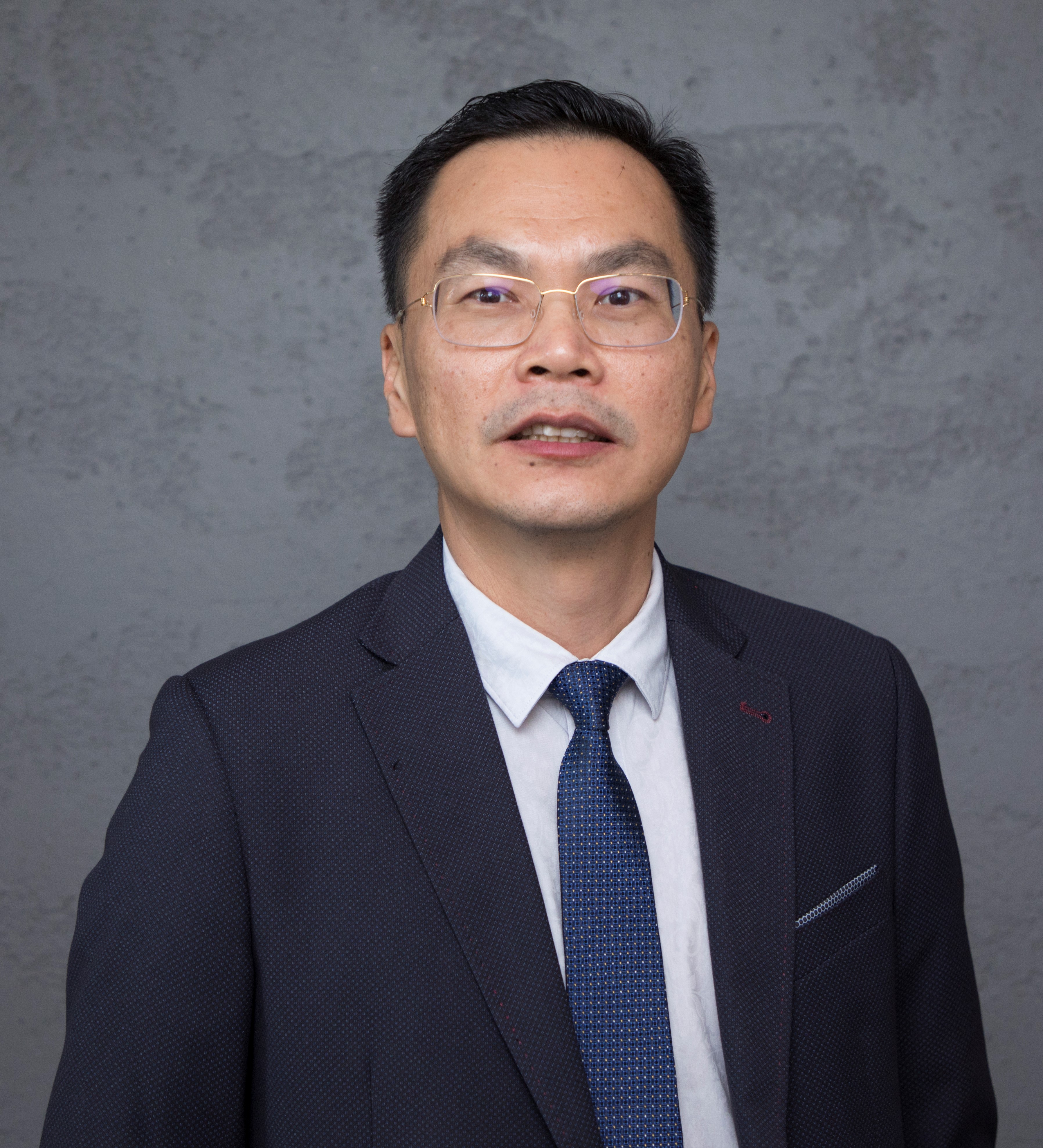 CK Chiau holds a MBA in Electronic Business from University of Southern Queensland, Australia and holds a CIMA, UK qualification.

With the intention of making good and fair education accessible to everyone, he co-founded MyStudy in 2007. He begins assisting high school students with their pathway in tertiary education through private consultations, talks and seminar. Consequently, CK Chiau travels extensively across the continent to explore different study options and paving connections with foreign institutions.

In order to stay in-tune with the students and his accountancy profession, he has also giving part-time lecturing at TAR UC since 2008.

Since the last 13 years, he has been working for Irish Embassy in Malaysia to promote “Education Ireland” by representing all the Ireland Universities in their promotion and recruitment activities. His venture 3 years ago is partnering with Campus Spain for their office in Malaysia, where he promotes Spanish language to Malaysian students as well as the opportunity for their tertiary education in the universities there.

Having set the education journey of thousand students abroad, he is currently looking into forging new education pathways in EU countries.

He strongly believes that education is a mean of promoting social opportunity & equity for the younger generation to build a better World! 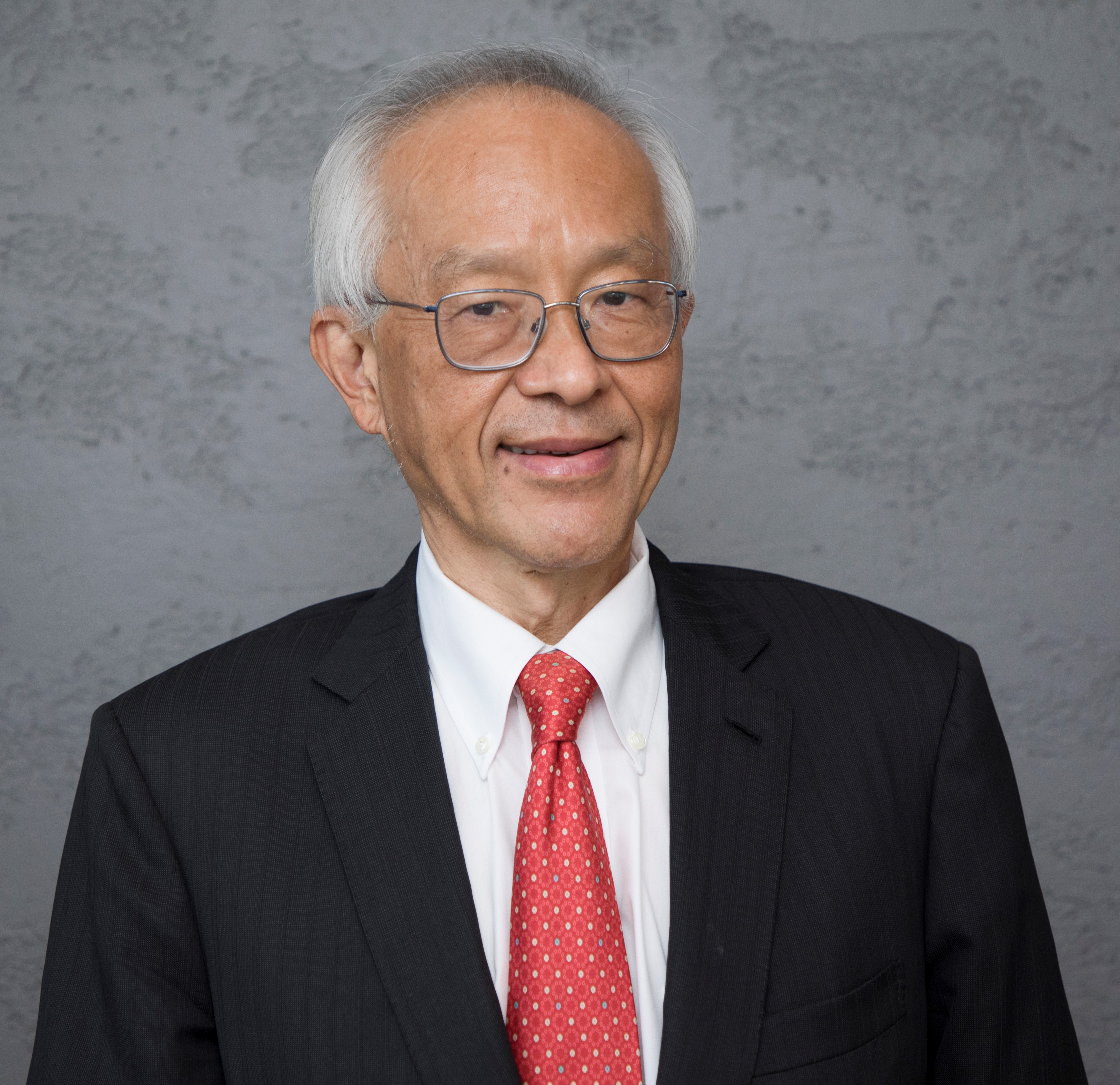 Dato’ Robert had his early career with Turquand Barton Mayhew, London. He subsequently joined Turquand Young, Kuala Lumpur (subsequently merged with Ernst & Young). In 1978, Dato’ Robert founded his own professional practice which is presently known as RSM Malaysia PLT which is a member firm of RSM International, London, England.

Dato’ Robert has more than 40 years of experience in the fields of corporate taxation, audit assurance and corporate restructuring exercises. His specialised industry knowledge lies in property, construction and housing development sector with a focus on tax planning.

Dato’ Robert has also undertaken Special Administrator appointments by Pengurusan Danaharta Nasional Berhad (Danaharta was established by the Government of Malaysia to act as the national asset management company) for certain public listed companies and is also involved in the restructuring of corporations, some of which are listed on Bursa Malaysia Securities Berhad.

He is the former Independent Non-Executive Director & former Chairman of the Audit & Risk Management Committee of Symphony Life Berhad (formerly known as Bolton Berhad), one of the oldest established property development groups listed on the Main Board of Bursa Malaysia.

Dato’ Robert is also the former Independent Non-Executive Director and former Chairman of the Audit & Risk Management Committee of Malaysia Smelting Corporation Berhad (MSC) which is currently one of the world’s leading integrated producer of tin metal and tin-based products and a global leader in custom tin smelting since 1887.

Apart from his professional practice, Dato’ Robert is actively involved in various Non-Profit Organizations and Boards of various Chambers of Commerce.

1. Malaysian-German Chamber of Commerce and Industry (MGCC) – former Member of the Board of Directors and Past President

and a former Vice Chairman

1 Malaysian Nature Society (MNS) – Member of the Board of Trustee

1. Chartered Accountant, member of the Malaysian Institute of Accountants

2. Fellow of the Institute of Chartered Accountants in England and Wales

3. Member of the Malaysian Institute of Certified Public Accountants

4. Associate of the Chartered Institute of Taxation (CIOT), United Kingdom 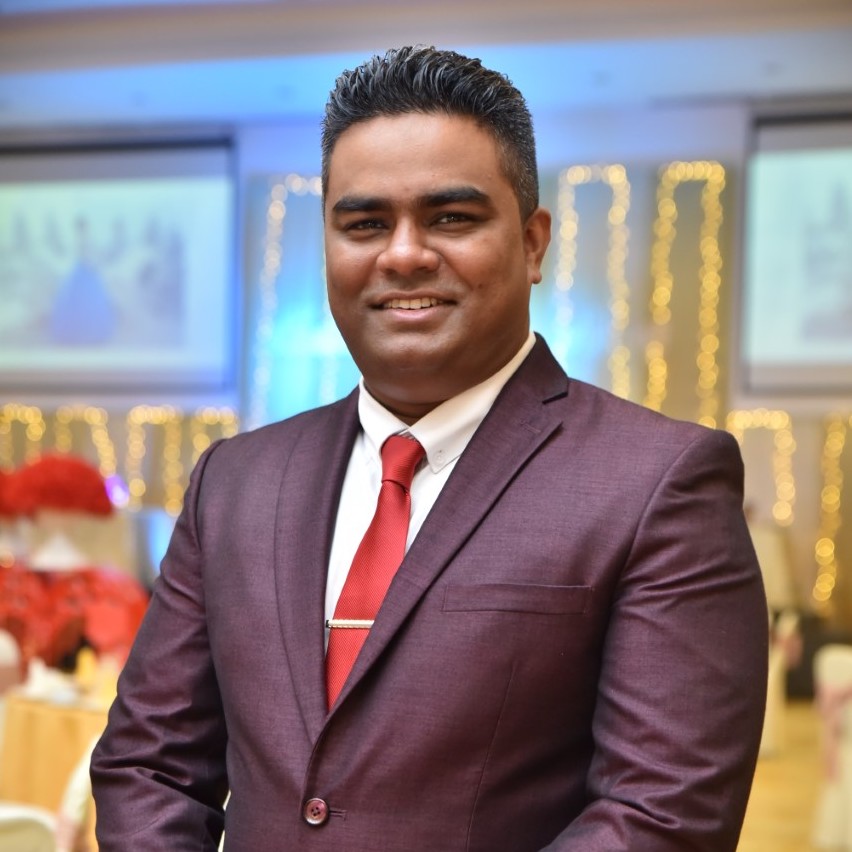 Mr Surendran Kumar Guna Segran is the Director at Uniworld Logistics (Malaysia) Sdn Bhd. He was born in 1991 and is a Business Management Graduate.

Mr Surendran started his career as a Junior Aircraft Technician for almost 2 ½ years and has conducted maintenance on Cessna, Piper, Liberty and many other piston engine aircraft due to his interest in the Aviation Transporting Industry.

At the age of 20, he was a Senior Recruiter at a job placement company in Malaysia after considering his achievement as a Managing Director in Young Enterprise Program by American Malaysia Chamber of Commerce (AMCHAM).

He pursued and completed his Diploma in Business Management at Olympia College, Malaysia while managing his own SME trading company in the year 2013. It was in August 2016 that he started to flex into an immense network in the logistics industry as Business Development Officer for Uniworld Logistics (Malaysia) Sdn Bhd, a company that was founded by his father, Mr Guna Segran.

His leadoff into the industry was establishing the Uniworld Malaysia’s 5 PL warehouse operations in Melaka.

Mr Surendran was also awarded as one of the Top 10 Entrepreneur for Logistics Solutions by Yayasan Usahawan Malaysia (MyPreneurship) at SME Entrepreneur Business Awards 2021 (SEBA 2021). 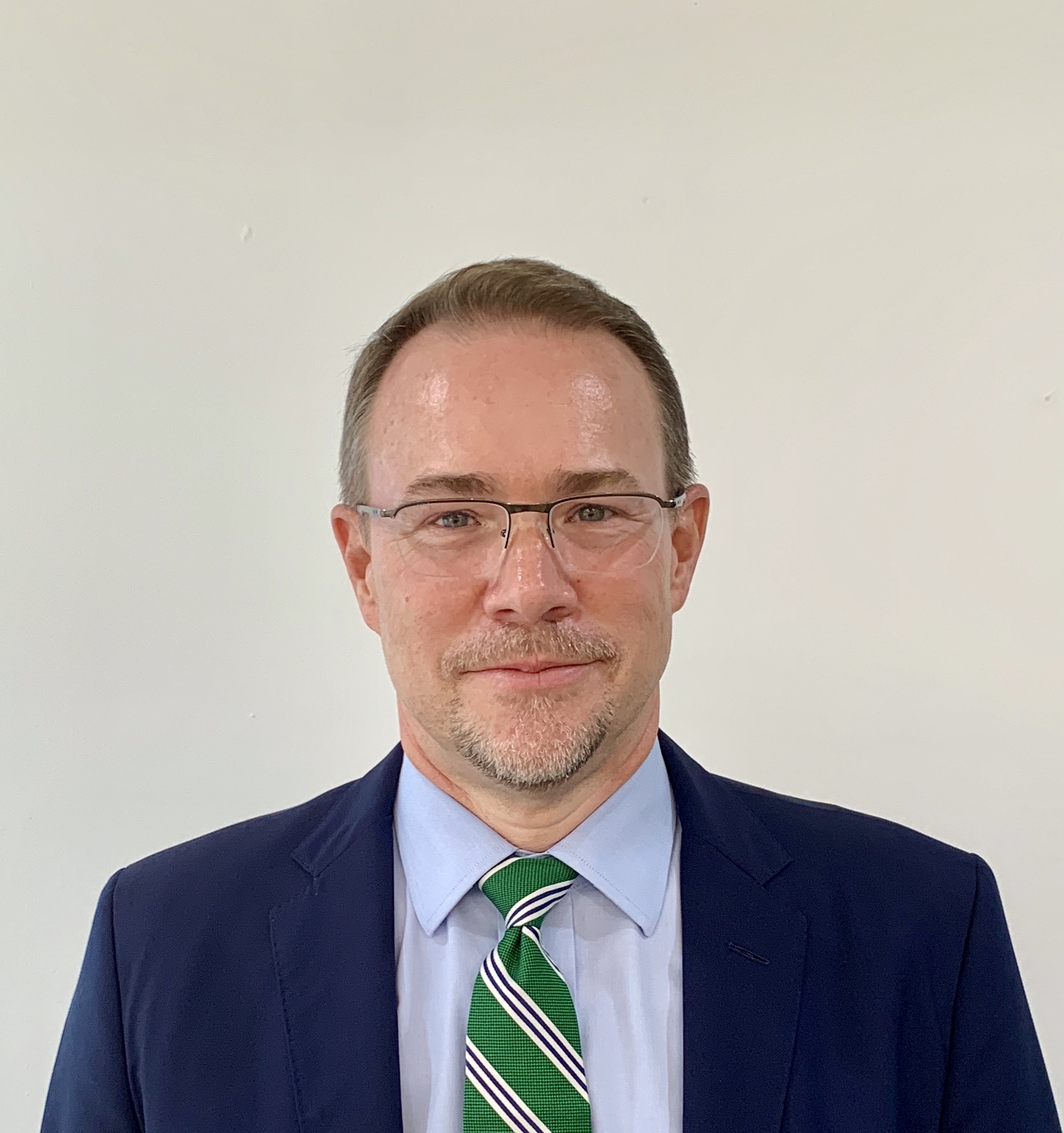 Mr. Davis is the Chief Executive Officer of Bahru Stainless SDN BHD a subsidiary of Acerinox SA. He has been working in this capacity since July 2019. He has been working within the Acerinox Group since July 1991 with his assignment to Bahru Stainless SDN BHD beginning in July 2011. During his time in Malaysia, he has also served in the capacity of Operations Director and Managing Director before being elevated the role of CEO.

Prior to being assigned to Bahru Stainless SDN BHD, Mr. Davis was working for North American Stainless. The North American Stainless operation is the largest of all the facilities in the Acerinox Group. Mr. Davis’s career began there in 1991 and continued through June 2011. During that time he worked in the Technical Department as well as every aspect of the manufacturing operation from the Melting Shop through the final Cutting/Packing & Material Expedition.

In addition to his work in Bahru Stainless SDN BHD, Mr. Davis actively works in philanthropic activities in the Johor Bahru region of Malaysia where he resides. These activities include assistance to underprivileged families, community outreach, environmental clean-up and stray animal sanctuaries