GEOGRAPHICAL LOCATION::
Southern Europe, in the Iberian Peninsula. In addition to the mainland, Spain includes the Balearic Islands in the Mediterranean Sea, the cities of Ceuta and Melilla in North Africa and the Canary Islands in Atlantic Ocean.

POPULATION GROUPS::
9.8% of the population is foreign. The most numerous nationalities in this groups are Moroccans with 1.61%, Romanians with 1.47% and British with 0.51%.

LANGUAGE::
Castilian Spanish is the official language throughout Spain. There are other Spanish languages that are also official according to the statutes in their respective Autonomous Regions. English is the most widely-studied foreign language. 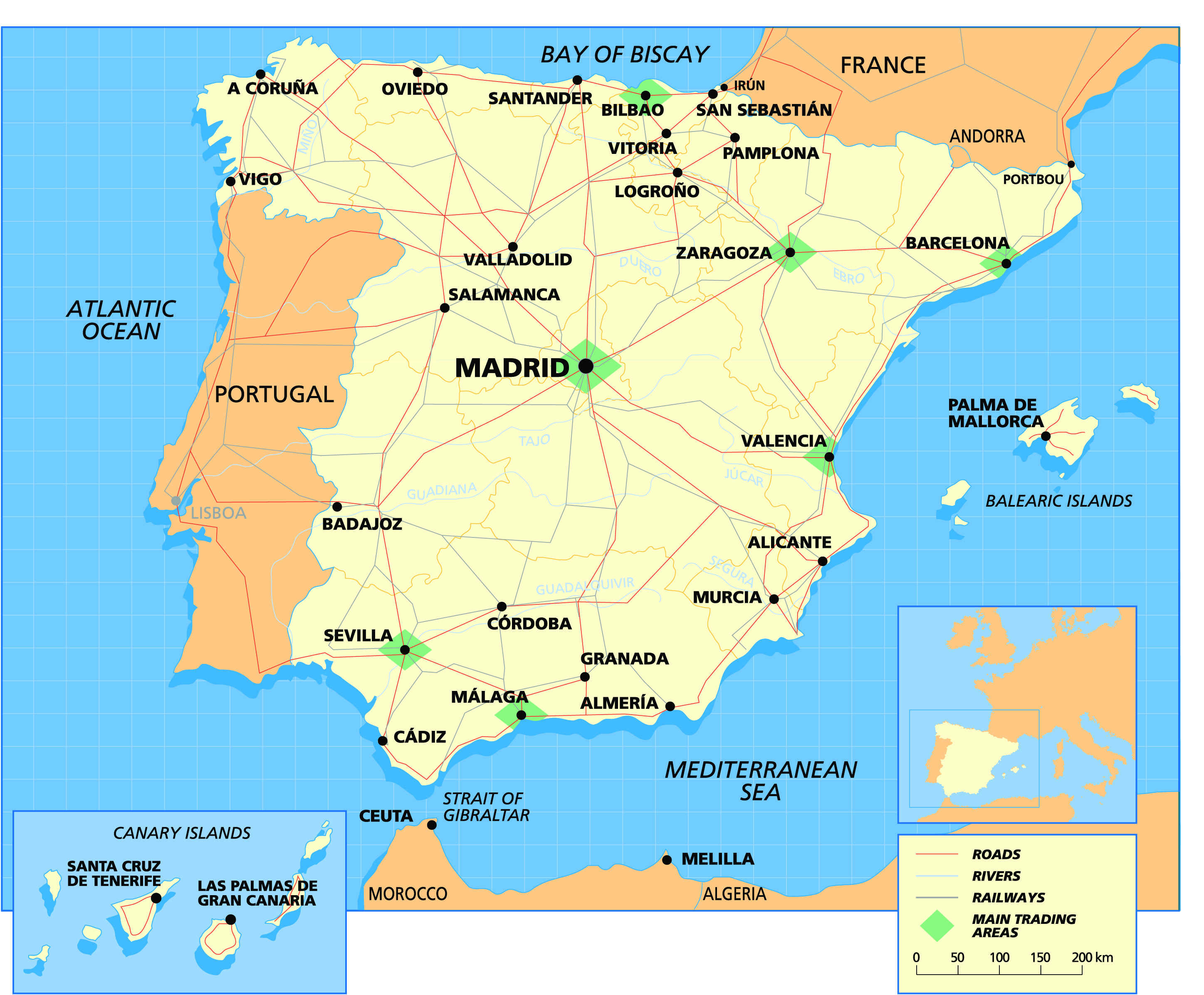